Nothing Special About Me!

I want to take a few minutes to remind you that we are more alike than we are different, but it’s the differences that I think make you so special, that make you so interesting. I recently told a lady, “There’s nothing special about me,” and she quickly disagreed.  She wanted to encourage me in my “uniqueness” and let me know that I’m absolutely special. She thought I was trying to be humble, and while that is a nice sentiment, what I was actually trying to say is, “I’ve done nothing that anyone else couldn’t do.” Some might argue with that, but if you know my story, you will quickly see that I’m telling the truth. Nothing special here…just a lot of grit and determination.

I started my first (successful) business with about $500 dollars in my pocket and dreams in my head. The reason I say “successful” is because I had started other businesses, they just never got very far. Not because I wasn’t working hard at them but because they just didn’t have a big growth potential.

So, when I started a professional photography business, I had no idea what I was doing.  I had never held a professional camera in my hand and I knew nothing about what it took to get a great shot. Seems like a great start, don’t you think? Let me back up and give you a little bit of the back story!

Mike B and I had been married for 12 years and we had two children. I was working from home as a writer, editor and host of a TV show on PBS. Don’t get distracted, it was a snoozer. I guess if you have insomnia, you might want to check it out but for now, hang with me here.

Over the years I had what I would say were thousands of great business ideas. Now I barely had a college degree, and I certainly had no knowledge of running a business, but I was a dreamer and a “figure it out” kinda girl. Over the years, I launched a few of those ideas (maybe someday we can play two truths and a lie. I can play about four rounds just by listing the various businesses I tried!). Mike was reluctant about all of them, but as long as I could convince him we wouldn’t lose our shirts, he would let me run with it until I figured out it wasn’t a great idea. Sometimes I learned that quicker than others, but for the most part, they were all good lessons learned along the way.

So, in comes a trip to Chicago to see the Oprah show, and Mike planned a dinner out with a business associate. We arrived at dinner and he brought his girlfriend. She was so Chicago, very shabby chic, had an artist vibe with an air of sophistication that was intoxicating. Now if we had been in Ohio, with the risk that we might have to see them again, I would have probably been intimidated by her, but for some reason I just enjoyed the evening being myself. She shared a business idea that she was working on and I had a blast brainstorming ideas with her. That night at dinner she said, “I wish you lived in Chicago, we could do this business together.” Well, I had no interest in doing the business; it was a photography business and I had zero interest in that. However, it was newborn photography in the hospitals and I knew my way around a clinical setting. So over the course of the next few months, she and I stayed in touch, sharing ideas, and I helped her understand the clinical side of things. Then comes ole Mike B with the famous question, “Jessica, why don’t you partner with her? This is a great idea and I think you could really do this.” All I heard was, “None of your ideas have ever been great, but this could be, you should try it!”

So I immediately went into defensive mode. First, Mike had never gotten excited about a business idea of mine. Now he was giving me permission to pursue something that I knew nothing about! I wanted to start a business, but it would have been nice to at least know more than a tiny iota about it! So I “hem hawed around” about it for weeks (that’s Southern for I made excuses and avoided making any commitments or decisions). I made statements like, “If you want me to do this you need to know I am not learning how to photograph, I’m not going to edit and upload or download or do whatever photographers do. I will talk to hospitals, I will talk to nurses, but I’m not doing any of the computer or camera stuff.”

So after much discussion, we decided to partner with her. Turns out, she did have a great idea. About 3 months after I said “yes” I had my first contract, and I found myself as the daily photographer in a small hospital, photographing, editing, uploading/downloading and all the other things that needed to be done! I’ll be honest, I wasn’t the best photographer, but I was so confident and excited people couldn’t help but fall in love with my product. The more I tried (and mistakes I made), the better I got at it. That was 13 years ago and through the partnership of others like me, the brand has grown to be in 42 states…and it turned out better than I could have imagined.

My Story Could be Anyone’s!

So you see, there was nothing special about me. I didn’t start a photography business after earning a prestigious degree from a fine arts school. No, I took an idea and I ran with it. I was willing to make mistakes, learn from them and keep going. Was it hard? Absolutely. Was it worth it? You bet it was! Mike found himself laid off shortly after we got our first contract, and all of a sudden I needed to figure out how I was going to provide for our family. Feeding three small children and covering the mortgage is quite motivating! (Yes, we added one in the first 7 months of that business! I didn’t know I was pregnant until after we signed on the dotted line. I might not have been so brave if I knew my Quinn B was on the way!) I could have gone back to corporate America; that would have been the fastest way to earn a check, and plenty of people told me I should… but I knew I needed to take a chance on me. By doing so, I was able to set my family up to live life on our terms.

I know you’ve been asked this question before, but maybe I’ll ask it in another way – “What would you do if you knew you wouldn’t fail?” What would you pursue if you realized you didn’t have to be anything special, you just had to be willing to try? You see, you are special, it’s what makes you different than others that sets you apart.  Figure out what you want to do and decide you are willing to try. I think you just might surprise yourself, I know I did!

Alright y’all, this has been fun. We’ll chat real soon!

If you found this post helpful, thought provoking, inspirational, or interesting to read, be sure to use the share box below to pass it along to your friends or add a comment to start a conversation! 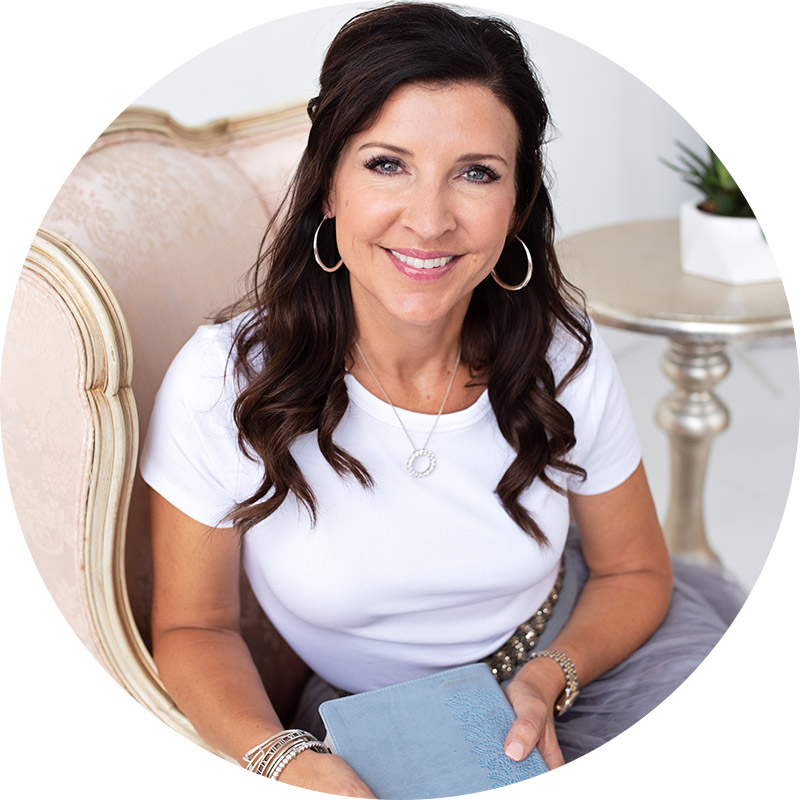 Get new posts from Jessica delivered straight to your inbox!